5 Hollywood actresses who took beauty into their own hands

Five actresses who were told they weren’t “pretty enough” to make it in Hollywood show us that when there is a will, there is a way. Hollywood stars reveal how they fought back against sexist and derogatory comments which almost deterred them from following their dreams, while inspiring others to do the same. How, instead of succumbing to criticism, they took their own beauty destiny into their own hands and transformed their fortunes and future.

“Beauty is more than just one fixed set of standards and rules, sometimes you have to forge your own path and own it. Of course, there is nothing wrong in having a little help along the way” affirms Dr Low Chai Ling, founder of SW1 Clinic who prides themselves as ‘dreamweavers‘ rather than one of Singapore’s top establishment for aesthetics and plastic surgery. Selena Gomez admitted she’s constantly told that she’s not sexy enough, or that she needs to change in order to be accepted.

But she affirmed ‘Let me tell you one thing: the sexiest thing … is class. I promise you that each and every one of you is made to be who you are. That is what’s so attractive and beautiful. Please don’t forget that, even when it gets hard.’ Why we love Selena: Selena makes the most of her assets which are her big, soulful eyes. She has a strong jawline which she has learnt to play down with the right hair cut framing her face to soften the overall facial shape. Over the years, she appears to have enhanced her lip assets to exude a sexier image.

Doctor Recommends: A wide jawline can be easily slimmed down with a combination of aesthetic tricks. V-sculpt facial program designs botox injections with the aim of reducing the size of masseter muscles to slim down the face. Trinity Facelift Program combines three types of skin lifting technology to further define and firm lower facial skin, giving sculpted and sophisticated jawline effect. The Oscar-winning Big Little Lies star runs her own production company to support more women trying to make it in an industry dominated by men. ‘You have to be focused and tough because it takes a tenacious personality to deal with rejection.

‘When I first came here (to LA), all I heard was, ‘No, not right – not tall enough, not pretty enough, not smart enough. But I didn’t really care about their opinions. I’m stubborn.’ Why we love Reese: Reese is one of the few Hollywood celebrities who have not done huge changes to her face, apart from meticulous maintenance so she looks absolutely youthful. Skin resurfacing lasers, great skincare and sun protection are some key tenets for women who wants to achieve enviable skin right into their ripe old age.

Doctor Recommends: Blondes do have more fun but their skin also bear more of the brunt of age, with fine lines and wrinkles showing up way before their years. However, new-age collagen-stimulation, skin renewal lasers such as BB Aquatouch found in Baby Skin Program works wonders by encouraging healthy skin growth, replacing damaged layers over time. The actress may be a two-time Oscar nominee, with her latest role as Molly Bloom in Molly’s Game already generating another Academy Award prediction, but Jessica Chastain has revealed she’s often had her worth reduced to her physical appearance.

‘Trust me, it’s only been in the past five years that people have been telling me I’m attractive,’ the star told The Telegraph newspapers. ‘Before then, I wasn’t getting parts because people kept telling me I wasn’t pretty enough.’ Why we love Jessica: If Jessica has undergone any major overhaul, we certainly couldn’t pick it up. But what she does have is undeniably flawless, even-toned skin. Redheads are notorious for their propensity for sunburn and sun spots, but Jessica bucks this trend by keeping her complexion in tip top condition.

Doctor Recommends: Redheads have the potential for fine porcelain skin. Maximise this potential by keeping pigmentation at bay with no downtime, light yet effective Pico Pigment lasers found in SW1’s Porcelain Skin Program, designed to erase away all tell tale signs of sun and blemishes.

Read more: WHAT YOUR FACE SAYS ABOUT YOUR HEALTH Mindy Kaling writes, directs and stars in her own hit sitcom The Mindy Project, which is no mean feat for an Indian-American woman in Hollywood.

But the star recently disclosed that she endured a ‘humiliating’ experience when a network offered her a sketch show, but made her audition, and then rejected her for the role of herself.

This was down to their reckoning that she was not considered ‘attractive or funny enough’ to play herself.

‘That network is no longer on the air, and The Office went on to be one of NBC’s biggest shows in years. I feel like karmically, I was vindicated, but at the time it felt terrible,’ she added to The Guardian Newspapers. Why we love Mindy: We love Mindy because she embraces her body type and is not pressured to conform to Hollywood’s stereotypes of being ultra skinny. However, this has not stopped her from toning up her assets to work her body shape to her advantage. There is after all a difference to looking flabby and looking healthy.

Doctor Recommends: Leave the fad diets to the reckless. Instead, focus on toning up specific areas of your body that could do with a little help. That’s where Supermodel BodyFit comes in— featuring cryolipolysis Coolshape and sound wave Dream Body Tone and Radiofrequency based Exilis Body Magic, it targets three different layers from your deep fat, subcutaneous fat and skin to give you the body of your dreams. Streep might be the most Oscar-nominated star of all time, but the actress has had to push back against those who tried to derail her ambition by telling her she wasn’t attractive enough to make it.

But 18 Academy Awards later, we think Streep might be doing just fine. Why we love Meryl: Is it just us or does Meryl Streep look even better now than befofre? Proving that there is a new lease of life for women after the age of sixty, Meryl Streep continues to defy all expectations to awe and astound. And she does this by keeping her signature look, doing just enough to look youthful without going overboard or losing her identity. That’s why she will always be our icon.

Doctor Recommends: At 69, Meryl Streep should have way more facial lines and wrinkles than her face exhibits. Yet her eyes are look strangely youthful and vibrant, unframed by tell tale crow’s feet. Yet she looks as expressive as ever. While Botox anti-wrinkle injections are still a treatment of choice for many to get rid of crow’s feet and forehead wrinkles, many doctors are now combining this with Revitalift for the area. Revitalift is a skinbooster filler injection used to improve the quality of skin on these crinkly areas reducing the need for Botox, preserving expression yet improving skin quality over time. 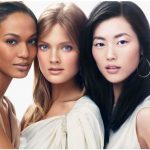 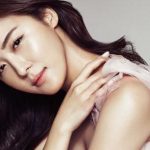 The Next Breakthrough for Facial Rejuvenation – The ‘Bone Lift'AESTHETIC TREATMENTS, FACE, FILLERS, NEWEST