These days, it’s not just women seeking out aesthetic treatments. Even men want to look their best, be it for themselves or for their other halves. The only difference is that men want the results to be more subtle and not so in your face. Men and women generally have different concerns they want addressed, for instance a man may be interested in not looking older than he really is compared to a woman who would like to look younger than she is!

But the bottomline remains that everyone wants to look the best versions of themselves.  From the many patients that SW1 Clinic has seen, these are the top 4 aesthetic treatments that men want.

Deep forehead lines can make one look tired, angry and even older. While everyone has them, not everyone wants to live with them. And you don’t have to with the help of anti-wrinkle injections that work by relaxing the muscles responsible for these lines.

The treatment is short and almost painless. In less than half an hour, a skilled doctor will administer the injections. With anti-wrinkle injections, results aren’t immediate and will take 5-7 days to see some results, and 2-3 weeks for the full effects to take place.

Read more: Caring for Your Skin Can Be Pretty Stressful…Unless You’re Doing It at a Spa!

Women desire a slim, V-shape chin and men on the other hand prefer a chiseled, well-defined jaw. To improve the definition of one’s jaw, dermal fillers are most often used. Whether have lost definition in your jawline due to age, or that it has never been as well-defined as you would have liked it to be, dermal fillers are popularly used to improve the appearance of one’s jaw.

Dermal fillers are straightforward with the procedure completed in under an hour. Another relatively painless treatment, dermal fillers allow you to appreciate the results immediately after. Some may experience some mild swelling or bruising which will go away in a few days.

Read more: How drinking alcohol affects your skin… and what to do about it!

Undereye bags can be another source of chagrin for our male counterparts. Without resorting to makeup like women do, dark circles under the eye exacerbate the appearance of tiredness for me.

Revitalift, a soft dermal filler, is often used to fill the under-eye area, lightening the appearance of dark eye bags so you’ll look more refreshed in an instant. Some mild bruising might occur but you can expect results to last from 9 to 12 months.

Sometimes it seems no matter how much time you spend at the gym, your muscles just aren’t as defined as you’d like them to be. Or sometimes, you just don’t have the time for a workout.

Thanks to the development of functional magnetic stimulation in the aesthetics setting, Magnetic Muscle Sculpting is now used to help one improve muscle definition in areas like the abdominals and buttocks by causing the muscle to contract.

Best of all, this treatment doesn’t require a change of clothes or an extra pair of gym shoes. Done over your clothes, this is a very comfortable treatment. 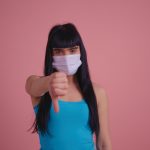 The latest trend in aesthetic treatments for couples: beauty matchingUncategorized