How young is too young for beauty treatments? - SW1 Clinic

Home » How young is too young for beauty treatments?

How young is too young for beauty treatments?

Botox and fillers have traditionally been used as we get older in a bid to restore our youthful appearances. In recent years however we have seen a growing trend in younger people seeking injectable options. Is it possible to start too soon?

It’s commonplace these days for celebrities to post and show off their V-shaped jawline, plumper lips and even poreless skin as a result of cosmetic treatments they have undergone at the doctor’s office. But is it really necessary for them to have Botox done when there isn’t even a wrinkle in sight?

In a 2015 survey by the American Academy of Facial Plastic and Reconstructive Surgery (AAFPRS), which represents 2,500 surgeons around the world, as  many as 64% of surgeons reported a rising demand for cosmetic surgery and injectable treatments from patients under 30. The Academy has also predicted a growing number of people would begin procedures sooner in their 20s and 30s to delay the need for more invasive treatments like facelifts.

So what is driving this trend?  It’s believed that this is largely due to a growing dissatisfaction with appearance amongst young people. Another reason could be due to the openness with which celebrities these days seem to be with their own cosmetic procedures. No longer are such details kept a secret. In fact many are happy to even share what went wrong by way of a public service announcement to their fans and viewers.

We could even attribute the popularity and rise in demand for lip fillers to TV shows like “Keeping Up with the Kardashians”. In the past, it was common for patients in their 40s and above to have Botox and fillers done for a more refreshed look. These days, many doctors are seeing younger patients coming in for such procedures.

With so much information readily available on the internet, it’s also much easier for patients to do their research beforehand. Many have found that such procedures can have a preventative effect when it comes to aging, so when they start to notice the early signs of lines and wrinkles, their immediate response is to seek treatment to stop them in their tracks before it’s too late.

While this may be true to a certain extent, one should be mindful that having botox and fillers done too young or too much could have the opposite effect of aging you beyond your years. Dr Low Chai Ling, founder and medical director of SW1 Clinic advises young patients to enjoy their youthful looks and preserve them for as long as they can before seeking such procedures.

In Dr Low’s opinion, the best time for one to seek injectables is when frown lines are starting to bother them, and this is usually when one is in their 30s. Below that age, one should be focusing on investing in a good skincare routine which will go a long way in keeping healthy skin for years to come.

There is no doubt how media and social media have made an impact on the younger generation. What’s more, camera filters conveniently gives one a glimpse of what one could look like with a few tweaks and adjustments. It’s not surprising then that many bring these photoshopped images to aesthetic doctors, hoping to replicate these looks in real life.

Needless to say, doctors now have a bigger responsibility in consulting and advising their patients. While aesthetic treatments are a very personal choice, it should be done for the right reason,  doctors in their professional capacity should also recognise and stop a patient from going overboard with their choices of aesthetic treatments.

Read more: Why treat something when you can tweak it? 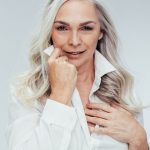 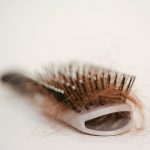 All You Need to Know About the Revage 670 Laser Treatment for Thinning HairANTI AGING, Uncategorized, HAIR, HAIR GROWTH