(English) How To Boss That Nasty Hangover - SW1 Clinic

Home » Detox » (English) How To Boss That Nasty Hangover

(English) How To Boss That Nasty Hangover It’s always fun and games when it’s Friday and you unwind after a long day of work, with a celebratory drink.

With no work the next day and getting to sleep in at the back of your mind, you’ll find yourself letting your guard down a little, naturally. You slowly get into the groove of the weekend mood, and one drink slowly becomes five or six.

As inebriation slowly starts to rear its groggy and ugly head, your hard-partying friend comes with the table with a tray of shots to punctuate the night. TGIF!

Fast forward to Saturday afternoon, when you wake up. You realize it’s past your lunchtime, and when you sit up, an absolute humdinger of a headache hits you square on. You can still taste the alcohol from what little you remember from last night, and your stomach feels very weird.

You are officially suffering from a hangover.

Nobody really spares a thought about the morning after the clinking of glasses, until they wake up to a living nightmare. A hangover is one of the worst ordeals you have to face after a night of heavy drinking.

A hangover is a result of you ingesting the impurities produced in the distillation of alcohol, and your body’s dire need to rehydrate after drinking – alcohol is a diuretic.

The only surefire way to avoid a hangover is to completely quit drinking altogether…but where’s the fun in that?

We might not be hangover-proof, but here is a list of things you might be able to do, to make your hangover more tolerable and last shorter.

Read More: 5 Common Skin Mistakes of Youth That You Will Regret

This is something you can do before a bout of heavy drinking. Greasy food helps to grease the intestines, and form a protective layer of sorts so alcohol takes longer to be absorbed into it.

Have a meal that is a little rich in oil before you start drinking, and your head might not hurt (as much) when you wake up in the morning.

Read More: More Couples Are Having Cosmetic Procedures Together

Caffeine Is A Fiend

Contrary to popular belief, having a cup of coffee after a rough alcohol-fueled night might be counter-effective in keeping that hangover in check.

Caffeine is a stimulant that can dehydrate you greatly if consumed in proportion. If you’re thinking of loading up on a lot of coffee to get rid of that splitting headache, you’re actually dehydrating yourself, on top of being dehydrated from the alcohol. Yikes.

That churning and acidic feeling you get in your stomach, the lethargy, and all the gas in your stomach are all indicative of a disruption in your digestive system, due to alcohol intake.

As long as all these toxins stay in the system, that queasy, uncomfortable feeling you have will never go away. A supplement like the Purification 1-Day Cleanse will stimulate all your key detox pathways, and effective reboot your system, purging out all the toxins and allowing the digestive system to resume business as usual.

You can expedite the expulsion of with bowel regulators like the Daily Cleanse as well, a supplement that supports the liver and kidneys in more efficiently removing toxins from the body, while reducing gas, bloating and indigestion.

Read More: The Cold Plasma Therapy That Is Changing Skins for the Better

To cope with what I personally feel is the worst part of the hangover – nausea, an Alka Seltzer or any similar effervescent tablet in a glass of water will greatly help alleviate that feeling of having to hurl.

In case you do not have that in the house, mix ¼ teaspoon of baking soda into 4 ounces of water, and wash it down with some lemon juice. This concoction helps to line your stomach and prevent it from feeling so acidic as well. 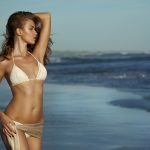