Home » BB AquaTouch Laser » (English) Why IPL… when you can BBL?

Why IPL… when you can BBL?

Hair is something that can be very precious to us at times, but also pretty pesky in certain situations. We spend a lot of money trying to keep our hair on our scalp, but also will not hesitate to drop money to remove the hair that is not growing on our scalp.

It’s almost safe to say that out of 5 women, at least 2 have undergone an IPL treatment, with some even holding lifetime packages. While this form of hair removal looks to stand the test of time, there is no lack of other ways to remove your hair… and then some.

Read More: 5 of the Best ‘Skin-Vestments’ Your Skin Will Thank You for in 5 Years’ Time

The Broad Band Light treatment is one such new kid on the block. This relatively new procedure fulfils the basic requirement of hair removal, but brings along with it some added skincare benefits.

Let us shed some light on what sets these two treatments apart.

The IPL treatment works by way of a high-powered, handheld flashgun emitting an intense ,broad-spectrum pulse of light onto select areas of your body, destroying any hair follicles along the way by heat.

There is no lack in the demand and supply of IPL treatments out there in the market, with numerous establishments offering up attractively priced packages to entice customers and levelling the competitive playing field.

While most will leap at the chance to sign up for a “limited time only” IPL lifetime package, can you really put a price on the well-being of your skin?

An IPL treatment is definitely a more effective alternative to the conventional shaving, with less risks of ingrown hairs and tighter pores, but it does not come without dangerous side effects.

Some of the most common adverse reactions documented for IPL treatments include hyper-pigmentation, bruising and in more extreme cases, even blisters and burns.

Some of these packages might come cheap, but the consequences could prove to be very costly.

With light-based therapy becoming the go-to method for skin treatments, there is bound to be newly introduced variations, with each one packing more power than the previous one.

One of these newer forms of therapy is the Broad Band Light therapy. While BBL does not share as much recognition as its more widely known predecessor the IPL, it certainly packs way more punch.

How the Broad Band Light therapy works is generally similar to IPL therapy, but with significant modifications. The machinery for BBL for one, is packed with advanced cooling features which effectively eliminate the likelihood of blisters, burns and pigmentation.

The light energy dispensed by the BBL also encourages the production of collagen, the key ingredient that keeps skin in prime condition. On top of the customary hair removal, the BBL therapy is essential a supercharged facial, as it deals with skin issues like acne, aging, broken capillaries, and skin texture… all in one sitting.

This form of light therapy keeps you hairless in the right places, while making sure you are Forever Young!

Read More: 5 Mistakes That Are Aging Your Eyes

I’m assuming it’s pretty evident as of now which is the far superior form of light based therapy for your hair removal needs…and beyond.

It’s a landslide victory for the BBL therapy, with its function stretch far and beyond the basic requirement of hair removal. When this treatment takes the market by storm, just remember – you heard it here first!

I turned my skin around in 30 days!AESTHETIC TREATMENTS, BEAUTY PROBLEMS, LASER, SCARS, WRINKLES 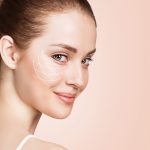 Should you do a threadlift?AESTHETIC TREATMENTS, FACE, NON-SURGICAL FACELIFT