Which is better: Nose Thread Lift vs Surgical Rhinoplasty

The nose is the center of our face, which makes it the most important facial trait that dictates the harmony of the rest of the facial features. For asians, the nasal department tends to fall short in its height and definition. This led to the rising popularity of aesthetic innovations for nose enhancements that help the grant the facial coutour a more 3D effect. Today, I spoke to Dr. Tan Ying Chien, consultant plastic surgeon at The Sloane Clinic, to compare the traditional surgical nose job(rhinoplasty) and the extremely popular nose threadlift procedure to find out which one works better.

Jen: What is the procedure for Infinity Nose Threadlift like?

Dr. Tan: This procedure involves the use of 100% absorbable PDO threads that are placed under the skin of the nose to modify the contour of the nose.

Jen: Who are most suitable for Infinity Nose Threadlift?

Dr. Tan: It is suited for those who desire some improvement in the height of the nose bridge and as well as the projection of the tip of the nose without going through surgery.

Read more: Which is better: Nose Fillers or Nose Threadlifts?

Jen: What is the downtime and side effects for Infinity Nose Threadlift?

Dr. Tan: Other than some mild swelling, there is almost no downtime. Side effect is also rare.

Dr. Tan: The Allure-K rhinoplasty offered by The Sloane Clinic involves the placement of a silicone implant to raise the bridge of the nose, and the use of one’s ear cartilage to increase the projection and definition of the nose tip. The “wings” or alae of the nose are also reduced and narrowed at the same time.

Jen: Who are most suitable for rhinoplasty?

Dr. Tan: Patients who desire more dramatic improvement of the nose anda permanent result, and can afford a downtime of about 1 week (during which there will be splint on the nose).

Jen: What is the downtime and side effects for rhinoplasty?

Dr. Tan: The downtime is about one week, during which there will be splint on the nose. The side effects would include bleeding and infection, all of which are uncommon.

Jen: Can someone who previously had nose threadlifts undergo rhinoplasty and vice versa?

Dr. Tan: It is possible for a patient who had undergone a nose thread lift to undergo rhinoplasty. However, patients who has had rhinoplasty done should not need further threadlifts as all effects of nose threadlifts would have already been achieved by the rhinoplasty.

Dr. Tan Ying Chien graduated from the National University of Singapore(NUS) in 1996 and became a member of the Royal College of Surgeons of Edinburgh and was awarded his Master of Medicine in Surgery from NUS. He received a Health Manpower Development Plan scholarship to train at the world-renowned Chang Chung Memorial Hospital in Taipei, Taiwan, where he refined his skills in cleft, jaw and aesthetic surgery. 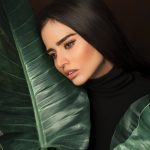