Here’s what you need to know before getting undereye fillers

Home » ANTI AGING » (English) Here’s what you need to know before getting undereye fillers.

Here’s what you need to know before getting undereye fillers.

Fillers have long been used to plump up lips, fill in lines and sunken temples, and in recent years have become popular as a treatment for dark, undereye circles too. The appearance of undereye circles is more often than not caused either by the bulging fat or depression of soft tissue under the eye, resulting in a dark shadow. These dark shadows can be reduced simply by injecting miniscule amounts of soft filler into the undereye area, for a refreshed appearance.

There’s a reason or 4 why fillers are so popular for treating the undereye. The results are instantaneous, the undereye area looks plumper and brighter and for an overall more youthful and less tired looking appearance.

Read more:  Anti-Aging Starts With an ‘A’… Because It’s As Easy as ABC!

Botox are commonly mistaken for fillers and the both of them couldn’t be more different. While both are effective in filling in lines and wrinkles, the way they work are polar opposites. Fillers as the names suggests, fills in the treated areas with hyaluronic acid. Botox on the other hand is a nerve blocking agent that relaxes the muscles.

Your doctor will advise you to stay away from any blood thinning medication prior to the procedure, primarily because filler injections may cause bruising and swelling and staying away from medication and supplements that can thin the blood can minimize the risk of bruising.

Read more: The best facials to give your skin a glow before CNY

Swelling and bruising may occur due to the injections but these should go away in 1 to 2 days. As this procedure is done so close to the eye, it is very very important you seek out an experienced doctor who is familiar with such procedures. It is not unknown for undereye fillers to go terribly wrong and cause blindness when done by the wrong doctor.

Generally this is a fairly common procedure and is safe. As with all filler treatments, the results aren’t permanent and can be repeated after 4 to 6 months. 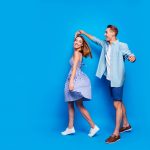 The latest trend in aesthetic treatments for couples: beauty matchingBeauty 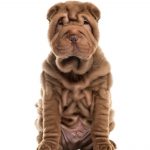 Here’s how to know when it’s time to get anti-wrinkle treatmentsAESTHETIC TREATMENTS, ANTI AGING, Beauty